In order to download this RPG you must purchase it at or above the minimum price of $5 USD. You will get access to the following files:

Support this RPG at or above a special price point to receive something exclusive.

If you can't afford a copy of Mage Against The Machine right now you can download a community copy. More copies will be added for every purchase of the game.

What are the cards for and are they needed

The cards aren't necessary. They're sample prompts that can be used to fill in the details of the game if you're having trouble coming up with your own

Wait, so you actually need them to play? I was planning to run this over discord.

Mage Against The Machine is fantastic. It's six pages, black-and-white, with exceptional art (seriously, the cover's incredible and the interior pieces are spectacular too) plus a fun, solid premise.

You play as mages travelling back in time to stop a robot apocalypse, in a sort of reverse-terminator setup that also nods to WoD's Mage.

For a game with this much pulp, it's a little unusual to see it take a rotating GM approach, but even so it does a really solid job of fashioning a hook out of pure story and using it to pull you in.

As part of character creation, you define memories that are important to your character. And then you tie them into the runup to the apocalypse.

Then you jump to those points in time, with the person whose memory you're intruding on serving as the GM for the scene.

Dice are used, and there's a little bit of crunch to them. You roll a d6 to determine how your meddling goes, and the result is slightly weighted towards failure and complication unless you use magic and describe how with an adjective. Repeating adjectives means failure, but using similar adjectives generates temporal anomalies, which anyone can use to add complications or change a scene.

Temporal anomalies ultimately change and pollute the timestream, so while the game will always end with you defeating the robots, it will often be "at what cost?"---making for a solid, conflicted beat to end on, or a potent sequel hook.

Overall, I think Mage Against The Machine is worth putting on your radar. It's fun, it plays quick, it works both as a warmup game or a one-shot, and the art is full of serious standout images. If you like pulpy time-travel stories, this is probably one of the easiest ones to play.

-When resolving memories, do you roll every time you attempt to resolve them? Or do you just roll once, and the memory is bricked if you weren't able to solve it?

You can keep rolling to resolve a memory, but you're likely to generate more anomalies the longer it takes, glad you liked it so much! This game was kinda experimental so people enjoying it makes me happy :) 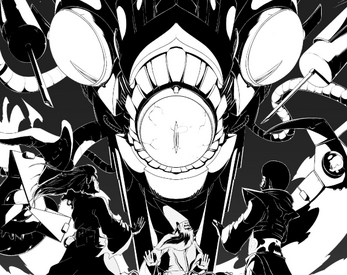